Natural monuments and the Sicani archeology: Adranone and Monte Genuardo 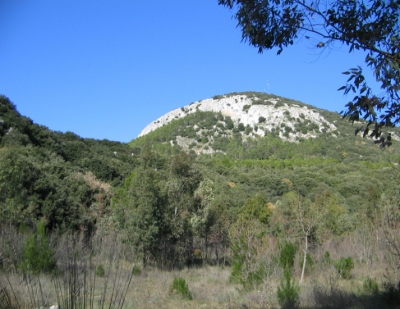 · Meeting in Giuliana's fueling station in Largo Madonna of Pompeii at 8:30.

· Drive in the car towards the Natural Reserve of Santa Maria del Bosco and Monte Genuardo. The reserve, established in 1997 covers approximately 2,550 Ha in the heart of Monti Sicani, the forest is characterized mostly by oaks, of particular interest is the presence of mountain maple trees and mountain ash trees, while the Herbaceous species are the male peony (Paeonia mascula) and bonannia (bonannia graeca). It is also worth mentioning the presence of the great spotted woodpecker and the falcon Eurasian hobby that nests in this area.

· Move towards Monte Genuardo and hike to the summit. Monte Genuardo is a carbonate massif of 1180 m whose geological terms include the period of time from the Mesozoic to Cenozoic; imposing and uncontaminated lookout, one of the most fascinating of the Sicani Monti, will allow us to enjoy the surroundings and taking in the impressive landforms and rich landscape that only a few other areas of Sicily can gather in one observation point.

· Archaeological itinerary of Monte Adranone. The archaeological site of Monte Adranone, the most western in the territory of Agrigento, is located at about 1000 m s.l.m. north of Sambuca di Sicilia; The first regular excavations were made in 1968 and gave light to the necropolis in wide areas of the city. The indigenous settlement occupied by the Greeks in the sixth century. B.C. was a selinuntina colony, the story took place in the particular context resulting from the contact's between the area sicana Hellenized and the elimo-Punic area, with a decided pre-eminence of the Punic component. The perimeter of the city, is over 6 km. For a stretch of the east side it is defined by the rocky overhang, while the rest is made up of an impressive city wall built of local marl stone blocks and stored in some stretches for about 6 m tall with two main entrances on the north side and on the south side. The visit will consist of a path that will visit the south gate, the large rectangular building with front colonnade, the sanctuary of the chthonic deities, the monumental tomb of the queen, the farm with its large central courtyard, the Punic sanctuary under the 'Acropolis, the stores under Acropolis, the Acropolis and the Punic temple on the Acropolis.

Guides for the excursion:

Participation fee: to be agreed with the guide

Notes: car trips are made exclusively with customers own transport.